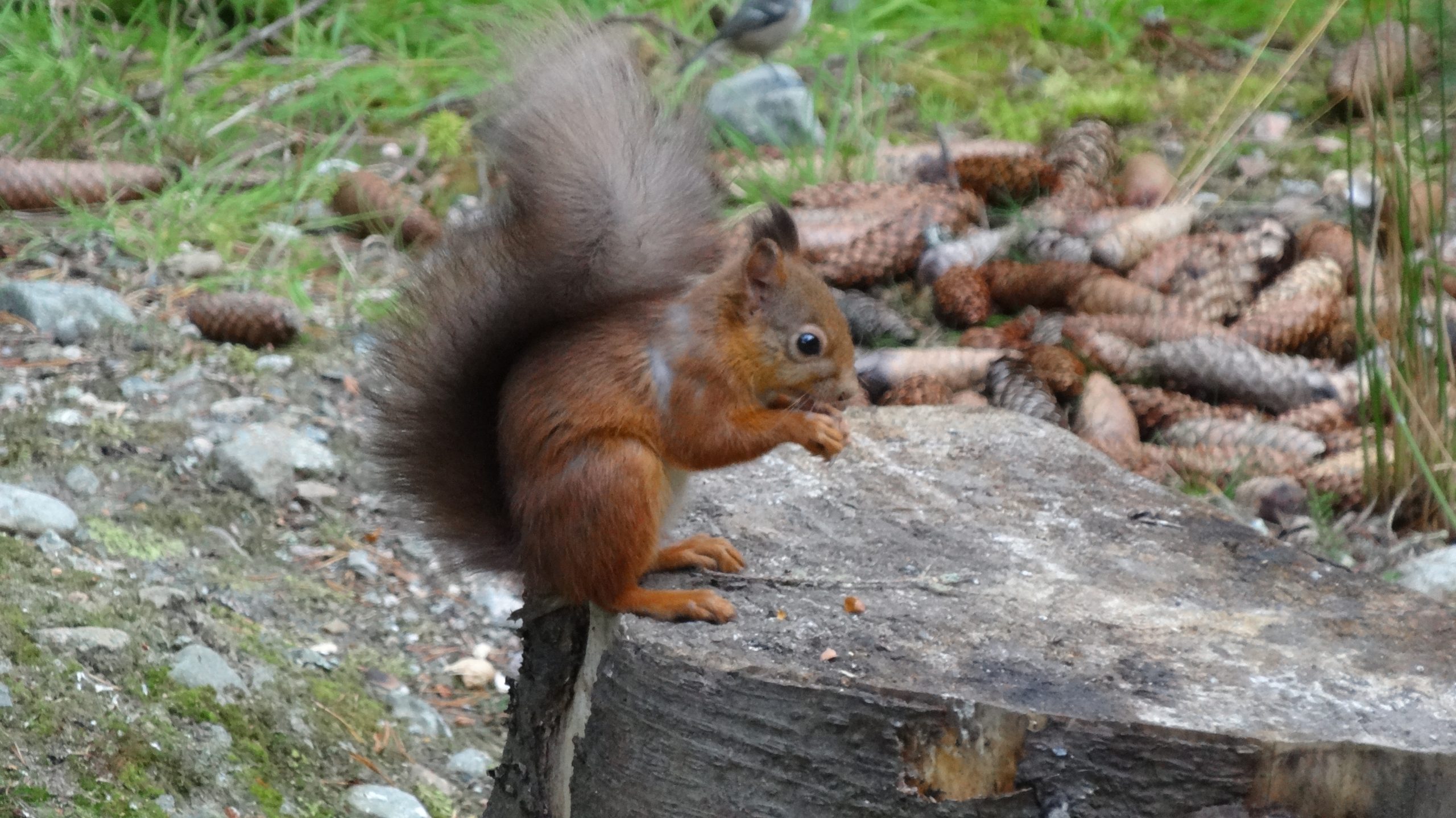 At the entrance to our magical forest sits the original Woodcutters Cabin. Having sat empty and fallen into disrepair, we lovingly renovated and restored it in 2009. It started out as a labour of love project but once complete our friends fought to stay in it and we very quickly realised that it wasn’t just us who found the location so utterly perfect. 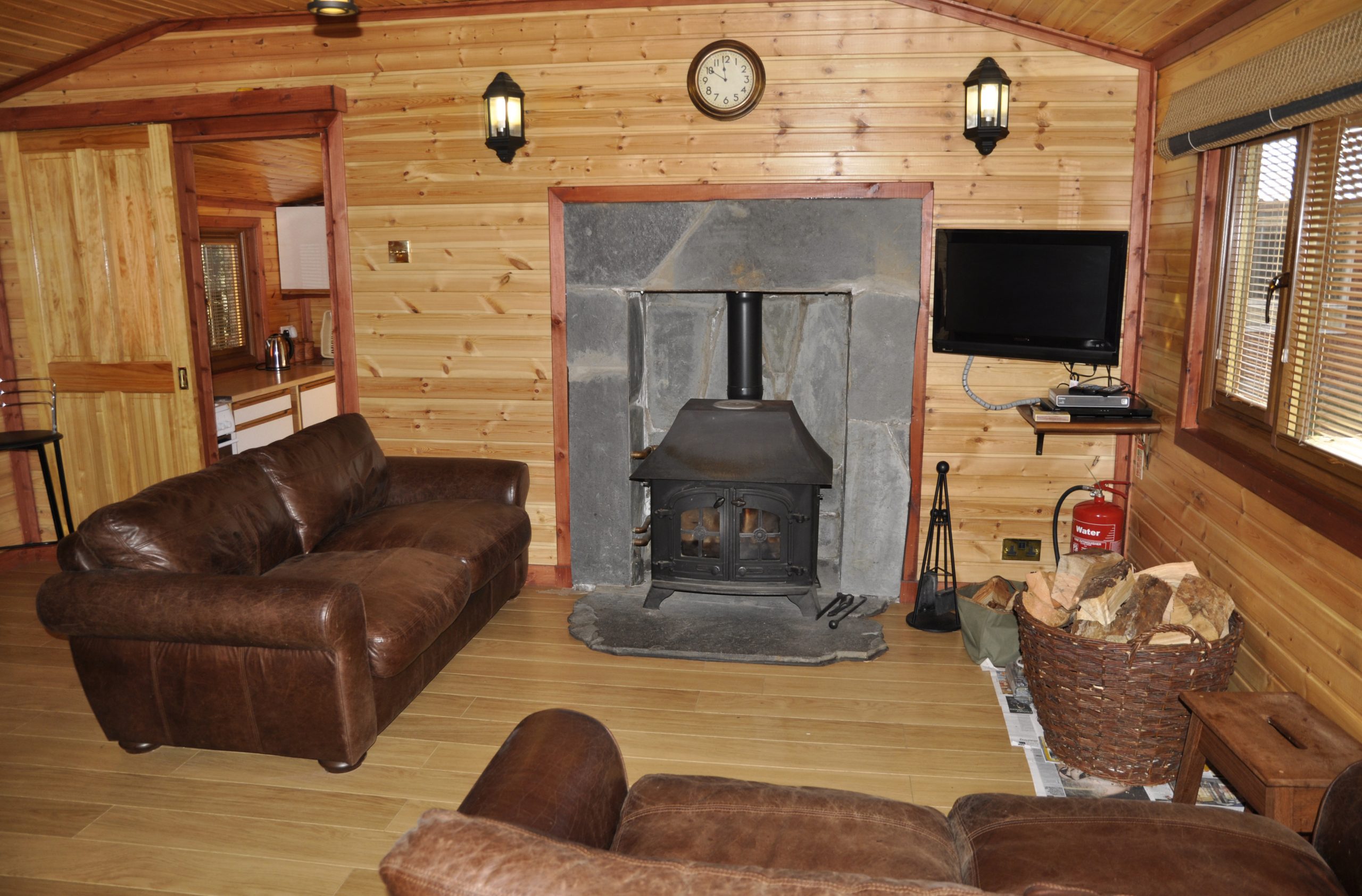 We recognised from our own experiences that we had an enchanting location. Seemingly the deeper you were in the woodland the greater the mystery and raw beauty. How could we share this, but without spoiling it?”

The issue is that society would love to integrate more fully with nature, yet not compromise on the luxuries of modern living. There is something magical about being fully submersed in the woodland and for that you have to live in it, awake with the due and the dawn, be alive and feel nature encompass you.

The challenge was how to create that experience but not to spoil the environment by  the inclusion of humans and their support infrastructure. It was clear we had to make our own facilities. Tieing into the existing infrastructure was simply too far away. So what did we need? Accommodation, Services, and Access.

We sought to minimise the impact of buildings. To this end our completely unique design was conceived to minimise tree root damage. No large excavation was performed in order to create solid foundations to set the buildings on. We used galvanised ground screws (many of) to create a level platform upon which we could assemble the buildings. 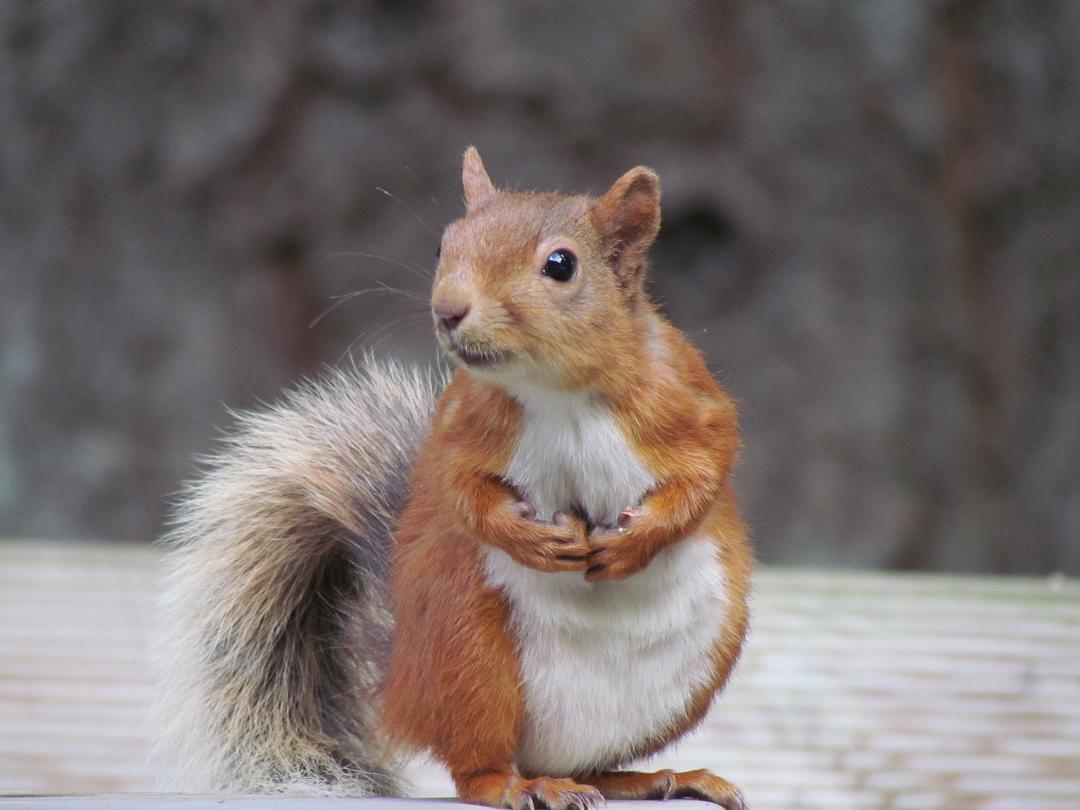 Since 2013 the market had matured its environmental conscious, most particularly in the customer base we were trying to attract, those who would be living within and enjoying the woodland and the flora and fauna that offers. So the design basis was to create fully functional, eco-living deep in the forest and for that we would have to go off grid.

It took three years of planning and running the economics to test if there was a viable business. Largely discussing with suppliers and getting prices for how to go “off grid” – completely “off grid.” We do not believe anyone has been brave enough (/ crazy enough) to have gone completely off grid like this before, certainly as a holiday destination. Our location is about a mile into a 100 year old scots pine forest. It would simply be too expensive to bring services in. we did the development by felling only 14 trees which we more that replaced through compensatory planting. 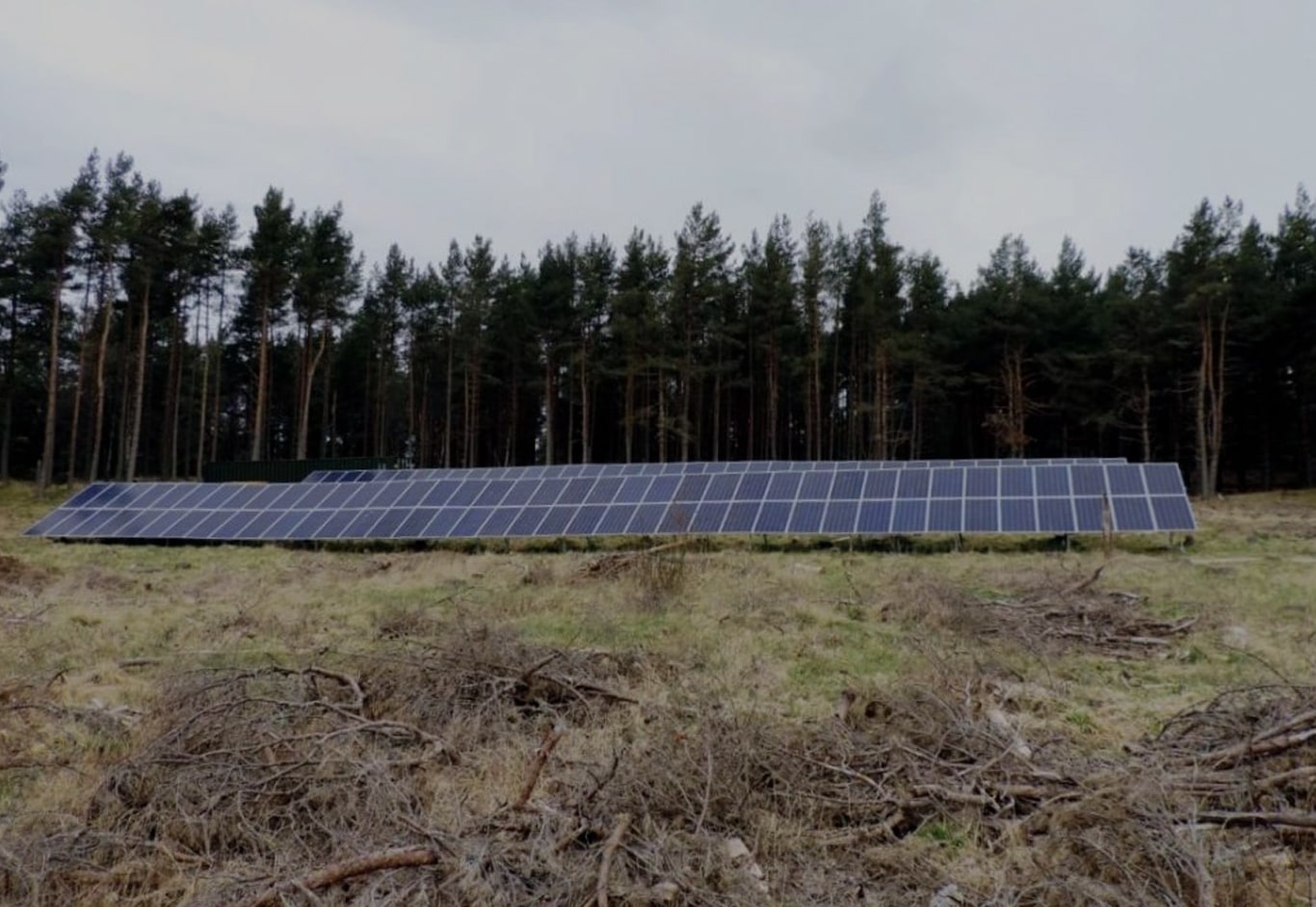 To make it happen, it starts with energy, you can’t do anything without it. In this case the source is a solar farm, it generates electrical power and with the associated batteries store that energy. This drives a subterranean pump which pulls water out of an aquafer and through the water purification and treatment plant for delivery into the Bothies. The solar farm also generates power for LED lights, a low powered fridge and ‘resentfully’ the shower pump (power really is at a premium). The stoves –  they do everything else!

Let me show you these stoves: 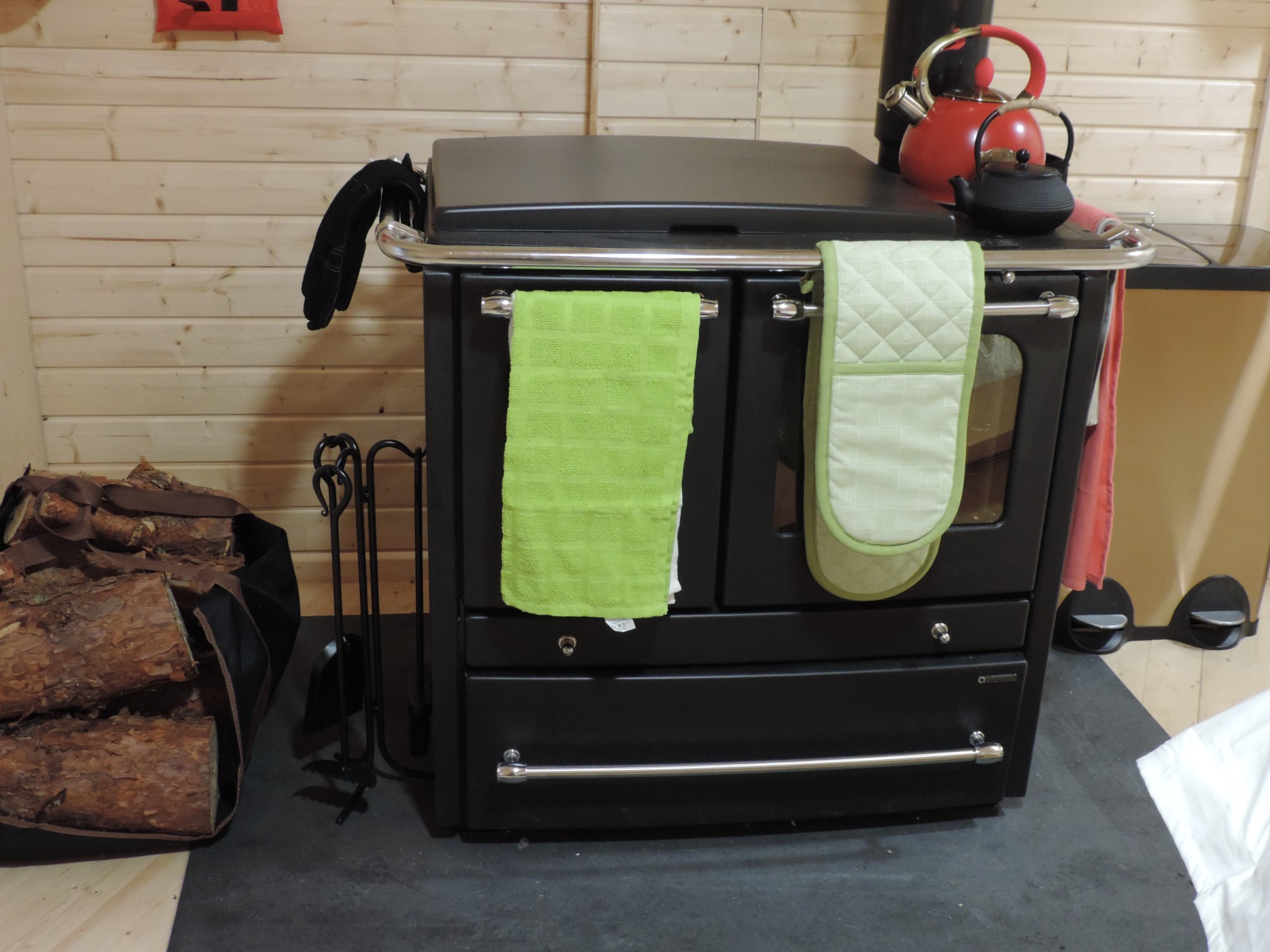 They are half wood burning stoves, half oven (yes oven), a hot plate; the hot plate heats the kettle. The stoves are complete with back boiler which heats the water for the shower, the kitchen and bathroom sinks, as well as the heating circuit to the heated towel rail. These are fuelled by logs from the neighbouring forests. Not many timber miles in that fuel source.

Because our estate is primarily a forestry estate we had reasonable roads in and throughout the estate as an arterial network. We need the roads to get timber out but also to get in to fight fire if we have to.  To this end our roads can support reasonably big traffic, but with  highly infrequent use. We upgraded the roads significantly so that the depth of the forest could be easily accessed and guest could get there belongings and shopping in, but not before we had put the services under the road. Again such philosophy minimised disruption to the tree roots.